Austin and The Humble

My first Austin meeting takes place in a yoga studio. One of the co-founders, Steven Ross, has agreed to sit down with me and tell me about Eastside yoga, the small, charming studio he founded with his wife two years ago. The studio is his Austin favorite place. 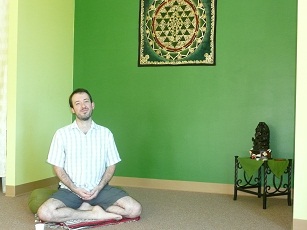 "We started Eastside Yoga almost two years ago. October will be our two-year birthday. My wife and I run the place, and we think of it as our first born. It's filled with a lot of love. Opening the studio took some blood, sweat and tears, but everything is filled with love.  It is the basis for what we do, so it's coming from a place of softness, a heart-felt place. We saw the yoga scene to be very dominated by powerful forms of yoga. We saw people using this word, "intimidated"; "I feel intimidated, I can't do yoga. It's not for me." I consider myself a normal person. In terms of physical attributes. I thought that we should create a place where everyone can come. You'll have people in their 50s, 60s and beyond doing a class, feeling quite happy, and sharing that class with a young person. I think that's something we have that is a little bit unique."


Steven is a full grown man, beard and all, but he has the expressive qualities of a child. He has a Scottish accent which reminds me of Shrek a bit, but I think that is mostly beside the point. Though he is incredibly articulate and says things that occasionally blow my mind, he speaks in a way which communicates both humility and fascination. It is as if the world that he has lived in for so long is still capable of enchanting him, and the people in it are all great miracles. I have never spoken to someone with quite this perspective. He tells me about what role the studio fills in the community and where he hopes it will go. 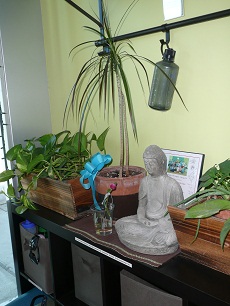 "We see ourselves as a neighborhood place. We're a Mom and Pop Yoga shop. I guess I'm the Pop. We have different events, like we had the free lecture last night on philosophy, and we had a wide range of people come. We do movie nights. We'll watch documentaries and we'll have popcorn and chai and people come and talk about it. The older people give their perspective to the younger people and vice versa and I just think it's really kind of cool. People ask me, when are you going to open your second location, and I say never. I never want to do that. If I do, give me a slap. Being that small studio, having that close connection, I think people are attracted to that. Our hope is that we have a busy studio, we make a humble living, and we have a happy community, to me, that's success."


Steven is easy to smile and laugh. He speaks with the intent of a man who hopes for understanding, and his softness of character makes it easy to like him. I ask Steven about community in Austin, and how that plays a role in the yoga studio's presence in the city.


"The community is really important. I see that as an extension of yoga. I think of community as a coming together, as binding, and I think people are looking for that on a number of levels. Back in the olden days, people would go to church or community centers. Back in Scotland this was very common. As a studio owner, people like that one to one connection, if you're there, and you're interested in them, it's of value. Some times I sit in the studio and talk to students one on one about their practice. Sometime I go for tea and we talk about their practice. There is that connection, and that is very, very special. When I see people come in, there is that look of relief. People come in, they have had a crap day, and they are relieved to be in the studio. I feel kind of emotional saying this to you. They come in to class and they can decompress. I think that special connection is really important. Austin has some preference to the small business. There's a lot of loyalty because we're on the east side, and they like the small guys. You see that all around town. You get a feel for that. Austin is slightly different. You see less of the big chains and more of the small Mom and Pop type places. People here really support that, and we do reach out into the larger Austin community. Austin Free Day of Yoga is one event we do. It is city-wide. Austin Yoga Festival is also happening for the first time this year." 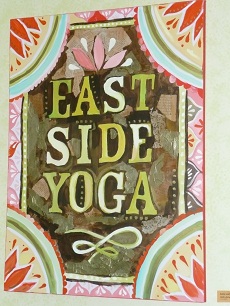 "There is a certain surrender that comes as a yoga studio owner, and that's extremely difficult. You want to prosper and survive. I always affirm that we always have enough, and it has worked so far. There is a certain non-attachment that is really hard.  People come to me for business advice, and you know, I am not really following business rules, I listen to my inner voice and look for guidance. I have a person that helps me. My front desk people are all volunteers, but I have one person who is a devil's advocate, to bounce ideas off of. I have that grounded person that is independent that helps me and it's a blessing. Like an angel. Because it's hard to see sometimes. I see the studio's development more as my own development, I see it more as developing the teaching, and developing the program, also, as being what it's about. It's not about growth. We might take another room next door one day, but that is about as much as we will do. That gives me a luxury in the way that I don't have to be constantly thinking about it. It's about deepening our approach and the studio's practice. But, if we're sitting here ten years from now and my class schedule is the same as it is today, I will be disappointed. I want it to adapt and change. As yoga students we are constantly changing and the yoga must reflect that. It's funny because I refuse to be called the owner of the studio. I don't own anything. I call myself founder, but I don't even think that's the right word. It found me."


We talk about the apparent contradictory relationship between business growth and spiritual growth, but he feels that the contradiction lies in the minds of the people who see it that way. His approach to business, like many of the people I have spoken to on this subject, is that he and his studio must be a service to the community, and in order to be so, he must be of the proper mind and spirit to be effective. We discuss the idea of openness, and how it relates to spiritual development.


"Being open is a life-long exercise. There's years of trying things and not working, and there's years of pain too. Stuff comes up in your life which gives you a little nudge along the way. They're hard at the time, and you can't see clearly. It's the process of transformation and change that's the spice of life. Not just being enlightened on the mountain top. It's the process of unraveling and getting to know yourself. It is quite remarkable. You can take this enlightened philosophy and use it. There is nothing wrong with making money. There is nothing wrong with making a living. It is all in how you go about it. I feel like if people can take that into life, that is vital."


Steven and I discuss process versus product and journey versus destination. I ask him if there is anything he would like to add to the discussion be we wrap it up. He concludes the conversation with a simple parting thought. 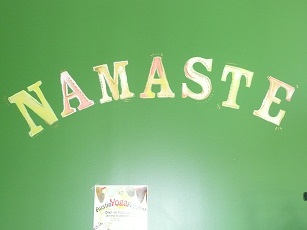 To find peace within you is probably the most important thing you can do. However you get there is fine. You can play golf and find some peace in that. Look for the different paths that yoga offers us and how we can take the teachings into our daily life, then practice and enjoy it. Build that enjoyment in your practice more and more. This will help you to have a healthy life, health for your body, mind and spirit.