Portland and the True Believer

Adam, a man of 29 from , emailed me soon after I had posted my first advertisement for Portland People, writing fervently about a BarCade he frequents regularly.  I have met an inordinate amount of people who have moved to Portland from o Minnesotans get some type of tax break for moving here?  Is there some refugee situation I am not aware of, or, have they all finally given up on the Vikings and decided to move to a place where the NFL does not hold sway?  As of yet, I have found no reasonable answer, so I am happy to keep myself entertained by asking these people, when I meet them, how that "Brett Favre thing" worked out for them.  It is enough for now.

For those of you who are unaware, a BarCade is an arcade where they serve beer; a simple yet brilliant concept which attracts Adam and those like him to spend hours and quarters losing themselves in the flashing lights and beckoning challenge to make it to the next level.  I had been to this place before, but never with a person with a passion for pinball.  In his initial email to me, Adam boldly stated:
“Though the old school arcades have all but vanished, one place in still holds the line. I go to church once a week, not in the biblical sense, but equally religious. Ground Kontrol... the alcohol-serving old school arcade offers me peace and solace in this world. Regarded as a "BarCade," Ground Kontrol provides all that a man needs. Nearly 20 pinball tables become my scripture, while PBR and Frogger my communion. Some may applaud for its hipster image, the food, the music. I applaud it for its life: The sights, sounds, and smell of the barcade.” 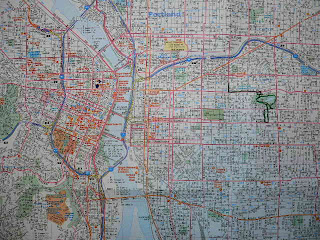 Pretty astounding, I thought, that one could get so much from beer and pinball, but, his passion was palpable in his email, enough to where I knew I would miss out on something if I did not go with him to this place he lovingly referred to as “Church”. 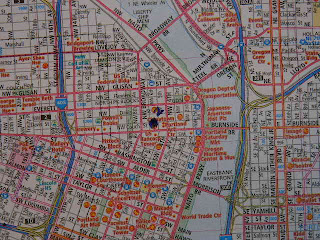